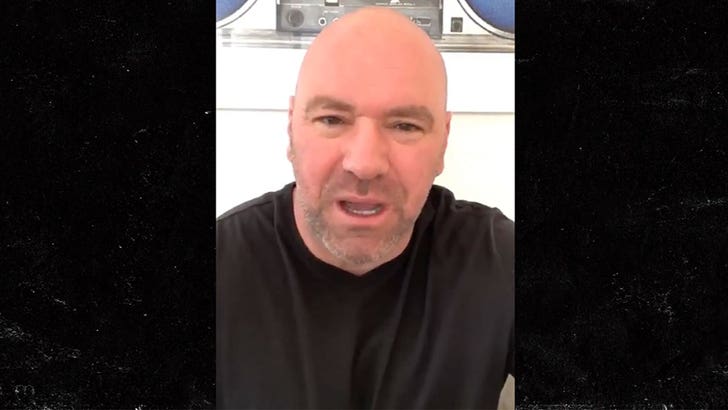 “I said it before you piece of sh*t, nobody will lose their job at UFC.”

That’s Dana White going scorched-earth over a false report about layoffs at the UFC — with Dana making it crystal clear NO ONE who works for him will be let go during the coronavirus pandemic.

The video speaks for itself … White is PISSED at a report in a major media publication Wednesday titled, “UFC Hit with Layoffs.”

That report has since been taken down, but Dana is obviously upset that it ever went up in the first place.

The confusion, it seems, is that Endeavor — which owns UFC and other businesses — is reportedly letting around 250 people go as a result of the pandemic. But, Dana says ZERO of those employees are coming from his staff.

“First of all, it’s not true,” Dana says … “I’m telling you guys again, most of what you read is not true.”

And, he delivered a personal message to the reporter behind the story — “You don’t know anything about this f**king situation and you definitely don’t know nothing about the sport you jerk off.”

“And, for somebody who’s supposed to be a reporter to be gloating about people losing their jobs?! I said it before, you piece of sh*t, nobody will lose their job at the UFC! Nobody’s getting laid off, it’s not gonna happen!”

“The other side of Endeavor laid some people off. I’m not laying anybody off. It’s not gonna happen!”

On a related note, Dana has said he’s working hard to put together future UFC events — including Tony Ferguson vs. Khabib Nurmagomedov.